It was perhaps December 2008 or early January 2009 when I first heard about Twitter, then described as a micro-blogging site. I remember thinking that it could never replace my blog, this blog.

140 character limit tweets? Given I would regularly have to edit blog posts down from two-to-three thousand words the idea that I would spend more time tweeting than updating this site seemed laughable when I did finally register an account and yet look at how infrequently I’ve posted here.

Towards the end of 2018 I noticed I had sent over 110,000 tweets, a lot of words, not all of them really worth reading so I ran a script that deleted everything and vowed to tweet less and I tried but then Trump and the general election came along and I couldn’t contain my inner Victor Meldrew and I ranted and raged and I tweeted, oh did I tweet, the classic old man shaking his fist at the cloud.

At that stage I had around 1,500 followers and I followed, at one point, almost 1,000 people and I couldn’t stop checking to see what was being said, what news article I had missed, what outrageous tweet had been sent in the 30 seconds since I last checked.

I knew about the echo chamber so I had made a point of following people I vehemently disagreed with; keep your friends close and your enemies closer, right? Wrong. It just riled me up even more.

Then in mid-2018 I had the worst experience I’ve encountered so far, and I’ve slept in an underground car park for a week in December, back when December had snow and ice. That experience caused me to unfollow a swathe of accounts settling to the current 320 but more importantly, I removed almost 1,000 followers, those mysterious eyes who I was broadcasting my constant stream of consciousness to. Yes, I know Twitter is searchable and public but did I need so many strangers to have my words delivered directly to their mobile phones? No. Do the 182 followers I now have need them delivered? Probably not.

Since the election result on Friday 13 December 2019 I realised just how tired of being angry I was and the fuel that powered much of that anger was my twitter account. Being in a constant, futile, rage is exhausting and as I found myself checking my account less frequently I realised I quite enjoyed it, the feeling of not being angry.

It wasn’t easy to hold back at first but gradually I found myself typing out an angry tweet and then pausing for a second or two before deleting it. It served the same purpose really, I could have hit send and sent it to Twitter’s servers for onward distribution but chances are it would have achieved the same result as my deleting it. Nothing. I wasn’t tweeting for validation i was just tweeting because I had no other outlet for the frustration I had inside. Except I did/do, here for a start.

Last week when Twitter reminded me it was 11 years since I had signed up for an account I took that as a sign to take a break from tweeting as Mr Omneo. I removed the account from my phone and iPad to reduce the temptation to see what was being discussed and after a period of cold turkey, I find I don’t miss it. Although I am left pondering what to do with all the time I find I now have because I’m not constantly hitting refresh.

Perhaps there will be more posts here, who knows. I’ve given up vowing to post more because invariably I seldom do so who knows? I don’t.

I’ll tell you what I am doing with some of that time though, playing records! Since buying a record player I’ve slowly been buying records again, despite having a stupidly expensive Sonos system and streaming accounts with no less that three different services (no, I don’t know why either)

As I live in an expensive shoebox my record player lives in my bedroom and I find myself transported back to my teenage years when I want to listen to a record. Lying on my bed, reading the cover and often the lyrics as I wait for the needle to reach the end and I have to get up and turn it over. No phone, no iPad to distract me, just the music. Good times.

Mr Omneo lives and works in London and enjoys music, sleeping and laughter. He's not that fond of work but has bills to pay. He believes normal is a lie.

Time To Get The Funk Out

Where Did It Go? 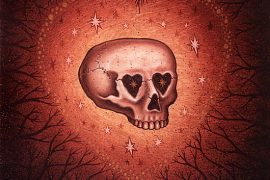 We Begin At The Beginning…

This site uses Akismet to reduce spam. Learn how your comment data is processed.

Bus Stop Encounter
Time To Get The Funk Out